‘Oh, you mean the pixellation? That usually only happens when I take off my pants.’

Yes folks, this is what you can expect from Raskulls, Halfbrick’s most recent foray into direct download content for the XBox 360 and PS3. It’s not the first bizarre idea Halfbrick has had. Their penchant for fruit hating ninja and the like should naturally seem to segue into chibi characters with skulls for heads. 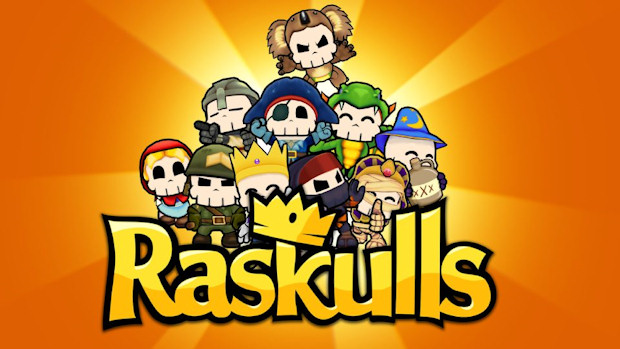 Yeah, I got nothin’.

The game is a pretty simple platformer at it’s heart, though they’ve loaded in a couple of different features to break up the platformer feel. It’s as much a puzzle and a racing game as it is anything else, but it all ties in pretty well to give in a solid gameplay experience, though. The controls are a little restrictive (the Raskulls you use have a somewhat limited range of motion when it comes to jumping) but the fast-paced nature of many of the levels makes this a mining concern. Some of the levels even come off with a ‘kart game’ minus the kart aspect. You’ll get plenty of checkered flag style races and the opportunity to screw over other Raskulls competing against you.

What really sells me on the game though is the atmosphere. The guys at Halfbrick are on the dot with designs and situations that evoke laughter. From the seemingly idiotic views of many Raskulls, to the naming conventions (there is a super weapon named C.U.D.D.L.E.S.) and the off-beat visuals and dialog commentary, the game is definitely designed to keep you laughing. 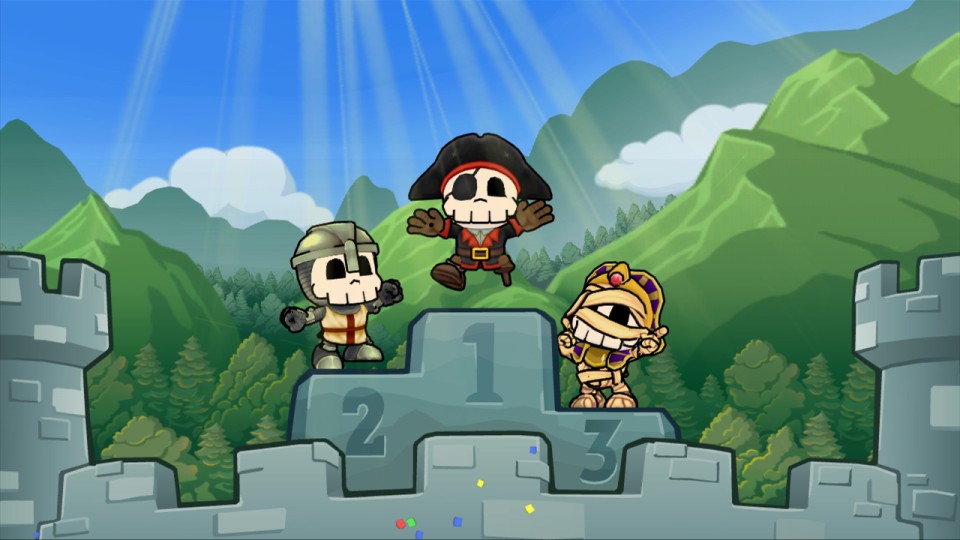 The only reason the Pirate won was the Ninja wasn’t racing.

The overall experience is good, leading to game which I imagine appeals to a couple of different crowds, but not over emphasizing any one of them to the expense of any others. There’s also something for the packrat gamer who likes to collect stuff. You can spend a significant amount of time going after cheats, which are dispensed as you overcome challenges, though the challenge level ramps up pretty quick. I managed to beat the cop Raskull in a race and to get through a couple of the ‘don’t run out of zaps’ challenges, but some of the others seem impossible from the get go. 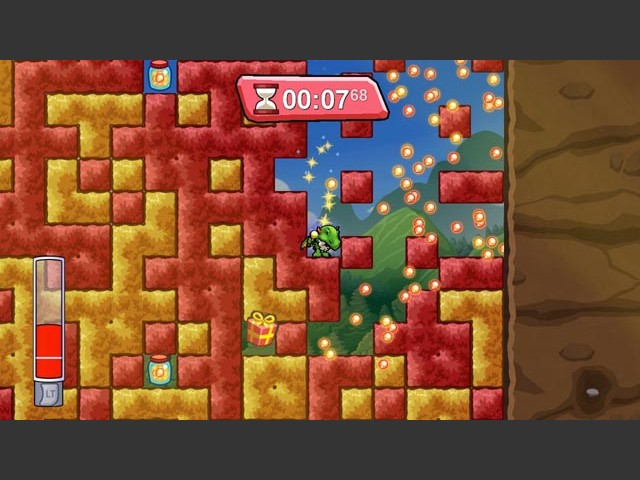 Good luck with that. Really.

I’d recommend this one as a pretty good filler game – I don’t see myself playing this one long into the future, though it has my eye for now. I’m looking forward to more zany stuff from Halfbrick though, so keep your eye on them for The Next Best Thing. Something tells me they’re on to something. Or on something at least.