Pac Man is a name that needs no introduction. He’s fast, he’s yellow. He lives in a maze, has a pill addiction, and when he scores a big pill he eats ghosts. Hailing from the seventies, it’s no surprise that this seemingly drug-trip inspired game came from the same era commonly associated with hallucenogenics, garish design elements and some of the earliest video game pioneering. Pac Man was ubiquitous, invading the arcade and home alike via arcade cabinets, the Atari 2600 and its successors, chintzy self-contained home units and cheap LED handhelds. Who didn’t know about Pac Man?

Namco-Bandai, of course, would never let you forget about their little yellow mascot, so they make with a new Pac Man release every couple of years. So long as the little guy sells they’ll keep making games. And, believe me, the little guy still sells.

I shouldn’t have to tell you the objective of Pac Man, but on the off chance you somehow lived in a cave, I’ll go over it really quick. Pac Man eats pellets and he’s quite the completionist. Pellets are distributed at even intervals in a maze that has no way out. As Pac Man traverses the maze, ghosts chase him in an attempt to kill him. Pac Man however can get to power pellets spread throughout the maze that let him turn the tide against the ghosts, enabling him to eat the ghosts instead, banishing them for a short time to the castle in the middle of the maze. After each maze is emptied of pellets, the board sets itself up again, presumably into infinity. Supposedly, you can actually beat the game, but you have to forego human comforts, fast and in general give up on the idea of having sex. Ever. Personally, I’m willing to assume it goes into infinity, and this gameplay has been enough for me a long time.

Millions of kids like me grew up on Pac Man. It’s been here for thirty-two years. It’s had some changes (Pacland, Pac Man 3D, and even a crappy Saturday Morning Cartoon). We even put a ribbon on it and turned it into Ms. Pac Man, featuring a more capable game AI. What more is there to be done; how does one improve upon perfection?

Well, Namco took that question to task a couple years back with Pac Man Championship Edition, released on XBLA and PSN. They retooled the game to be a bit different. Mazes were no longer static, nor were they wholly set up with pellets for the spherical hero of the game. Instead, the game focused on the ability to clear several pellet patterns at once, while still avoiding the ghostly villains of the maze. More pellets could be laid out once Pac Man got his hands on some sort of consumable (usually fruit… usually), refreshing the board. The game starts slow, then crescendos into a fever pitch in which the longer you played, the faster and smarter the ghosts got – a trademark staple of the original game in which each level cleared upped the challenge. You could play in several modes in Pac Man CE: default (as above), darkness (in which the ever changing maze is hidden save for you immediate surroundings), and freeway (in which the game starts out hellishly fast right out of the gate). The game provides endless, if somewhat mindless, enjoyment, and it’s one of the few games I beat into the ground and unlocked all achievements for – which means either I’m really good at Pac Man, or the achievements were really easy to get. The Pac Man Championship Edition DX has upped the ante by giving us new play modes. Along with Darkness and Default, they’ve dropped Freeway to enable a couple new versions such as Half (using only half of the board for pellets and fortifying that side with dormant ghosts), and Free (Infinite lives).

Pac Man CE DX also introduces bombs into the game, which to me feels kind of like a cop out (good luck getting those achievements without it though). If Pac Man gets into a bind just hit a button. Any button. BOOM. No more ghosts.

It also features a new dynamic: slow-mo. As Pac Man gorges on pellets and turns the corner to meet a ghost head on, it slows for an instant, giving you a short period of time to change course lest you be eaten. When you work your way into a corner, it lets you see in glorious slow motion how badly you just screwed the pooch, but more often than not, this lets you avoid a cheap death at the hands of the, admittedly, twitchy controls (once you get to hi-speed it gets harder and harder to track Pac Man and make turns rationally).

Lastly, they have added ghosts. Lots of ghosts. A metric buttload of ghosts. Most boards star you out with one or two ghosts, but it doesn’t last. You soon find that in addition to spitting out a new ghost every couple seconds, pellet refreshes come complete with sleeping ghosts. These ghosts lay in wait for you to pass them, at which point the wake up like a guard from Metal Gear Solid (complete with exclamation point) and begin pursuit. If I had to guess you can have forty-some ghosts following you to keep you on your toes. Fortunately these ghosts seem to mostly follow in a line, but there’s usually the traditional four ghosts that have a little more savvy that pop off elsewhere to keep you thinking.

The changes are largely positive and led to good gameplay. And, for an old hand who’s been around for just a little bit under Pac Man’s lifespan, it’s a bunch of fun. Even going into my fourth decade, I still have not found a cure for Pac Man Fever. I give this one a four out of five review, and I recommend it for retro gamers and new gamers alike, if for no other reason than to learn about gamer roots. 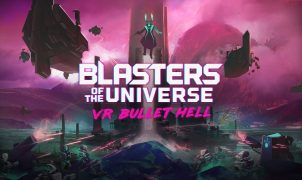