25. Kid Niki: Radical Ninja (Irem)- I remember getting Kid Niki for Christmas back in ’87. Instantly I was blown away by the bright graphics, catchy music, and insane bosses. Death Breath and the Mad Monk are two bosses I’ll never forget, they had so much character compared to any other enemies I’d ever seen in a video game. I’ll always have a soft spot for this wild coiffed samurai. 24. Crystalis (SNK)– Crystalis is an action adventure title that is leaps and bounds ahead of most of the competition on the system. Crystalis has some great graphics, an interesting and dark story, and a large world to explore making it one standout adventure for the NES.

23. Gargoyle’s Quest II (Capcom)– Gargoyle’s Quest II is an excellent side scrolling action-platformer with RPG elements. Gargoyle’s Quest puts you in control of Firebrand, a demon looking to avenge the death of his king and destruction of his homeland. Gargoyles Quest II features some very impressive and gritty visuals and tight platforming gameplay that keeps you coming back for more. 22. Clash at Demonhead (Vic Tokai)– You may not hear much about Clash at Demonhead these days, but at the time it was released the game was definitely worth noting for its huge, open ended world map and excellent mix of platforming and exploration. Clash at Demonhead doesn’t bother to take itself very seriously, and there are more than a few moments of pure comic gold buried in this often overlooked gem. 21. Life Force (Konami)– This spin-off of the Gradius series (known as Salamander in Japan) is a very impressive shmup featuring both vertically and horizontally scrolling levels. Life Force features tight gameplay and a serious challenge that will rip you apart faster than you can press up, up, down, down, left, right, left, right, b, a, start. 20. Mighty Final Fight (Capcom)– Sure, it may not be the gritty arcade beat ’em up you arcade junkies were raised on, but Mighty Final Fight is a blast to play. Super chibified, Mighty Final Fight may look like it got its source material mixed with a liberal helping of River City Ransom, but don’t be fooled, this is Final Fight through and through. This bare knuckle brawler deserves a spot on the shelf of anyone who has even a passing interest in beat ’em ups. 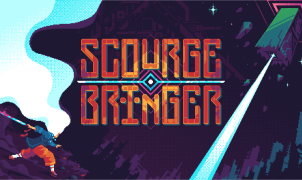